It started with a card game in a college dorm room. Back then, all we knew was that we weren't very good at poker, and that others would probably enjoy this game as much as we did.

It wasn’t until 2014 that five of us got together to test whether this was true; and man, how right we were. We had started with a big dream, but even we couldn’t imagine the trail we would blaze and the history we would create.

Our first 'office' was a small terrace room in Delhi, and our first order of business was to decide a name for our company. Many hours were spent on this all-important task with gems like 'NoBigDeal', 'BustTheNuts' and 'Acehole' put forth.

It was after one such fruitful brainstorming session that someone in the family interrupted us for dinner, saying, "Ab yeh poker baazi chhodo, aur dinner ke liye aa jao. (Now leave this poker baazi, and come for dinner) - and so PokerBaazi was born.

PokerBaazi is now India's most trusted home-grown poker app, and the making of that is a story in itself. Days turned into nights, nights turned into weeks, and weeks lasted several months as we gave our blood, sweat and tears to develop and test our product.

It was eventually on this day, five years ago, that PokerBaazi was launched. Only cash games were available at first, although we did add tournaments a few months later. Looking back, that was a big hurdle that we were able to cross. I don’t think any new entrant in the industry can go about their launch the way we did!

By 2016, we outgrew our little office. But when I think of growth, I don’t think in terms of office space, revenue or number of employees - it's always been about how we grew with the players. It's amazing to see that we are now at 1 million players on PokerBaazi.com and overall 3 Million on Baazi Games, with hundreds of new sign-ups every day. At that time, every 5th player was a cause for celebration. With time, we even got on board notable names like actress Sunny Leone and boxer Vijender Singh for PokerBaazi and later cricketer Yuvraj Singh for BalleBaazi.com. 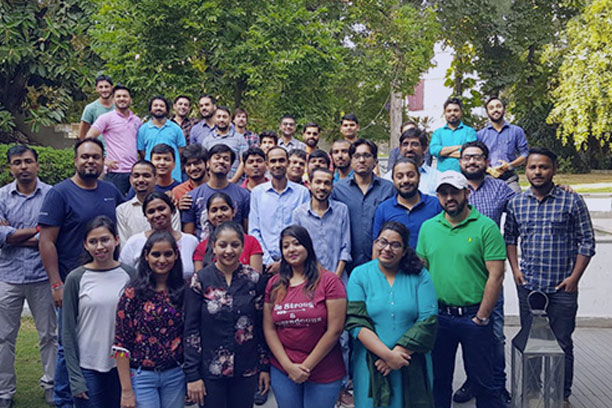 My heartfelt thanks for being with us through it all, your feedback and support has made today’s much-loved version of PokerBaazi a reality. Portrait Mode may be an industry standard now, but the original Baazigars will remember that period in our history!

Today, Baazi Games has become a truly holistic gaming organisation, offering entertainment in fantasy sports and rummy, as well as live gaming experiences at the PB LIVE room in Goa aboard Casino Pride 2. I am immensely proud of what we have achieved, but I am rooted to how we began and the desire to remain innovative and receptive to feedback will always be with me.

We may have been the minds behind the PPL, the Game Changer and the MoneyMaker, but the league is now bigger, the game has just begun, and there’s still a lot of money to be made!

We will continue to improve our technological capabilities, and better utilise the data we generate to provide players a more customised experience. Baazi Rewards is the benchmark in player loyalty programs, but I believe we can go further and do even better.

If our first phase was about expansion and excellence, then the next phase will be about consolidation and perfection.

A big thank you to my team who has joined me on this epic voyage. I am pumped for the future and look forward to embarking on our next epic adventure. It’s going to be a blast.