We are still not over the action-packed event – the Baazi Poker Tour – because of its tremendous success and praise in the Indian poker circuit. The poker pros were there, the ones testing the waters of live poker were there too with many of them making it big at the live felts!

The masters were at play, beating the odds as they made it to the top. Here are the top five hands that made the BPT HighRoller event all the more interesting: 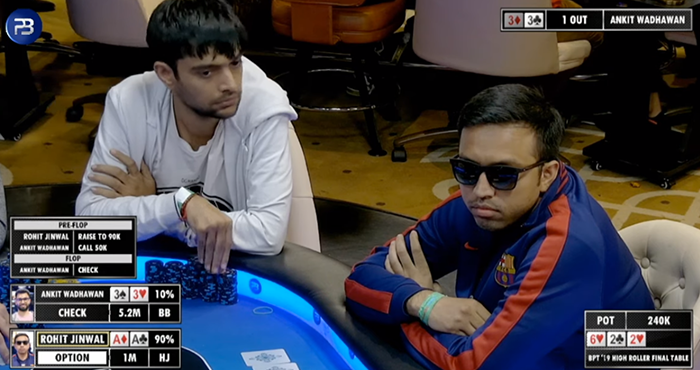 After a series of calls and checks, it came down to a heads up between Jinwal’s pocket aces and Ankit Wadhawan’s pocket threes. The flop rolled out 6h – 2c – 2h which did not add anything for either of them. While Jinwal kept a confident front by betting and checking in anticipation of making his hand stronger, Wadhawan decided to call and check in his reply. However, as soon as the river rolled out an ace, Jinwal took the opportunity to bet making Wadhawan fold. Jinwal added a big chunk of 235,000 chips to his stack! 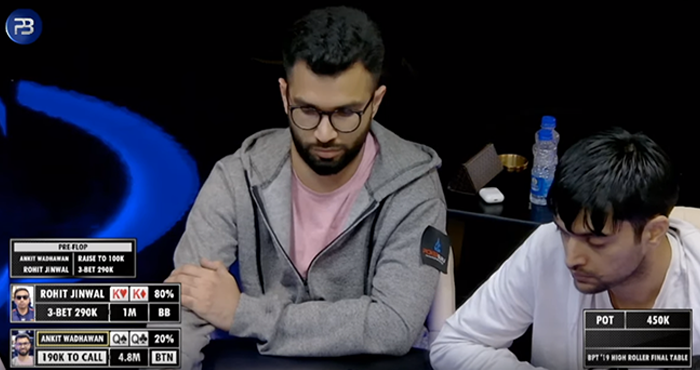 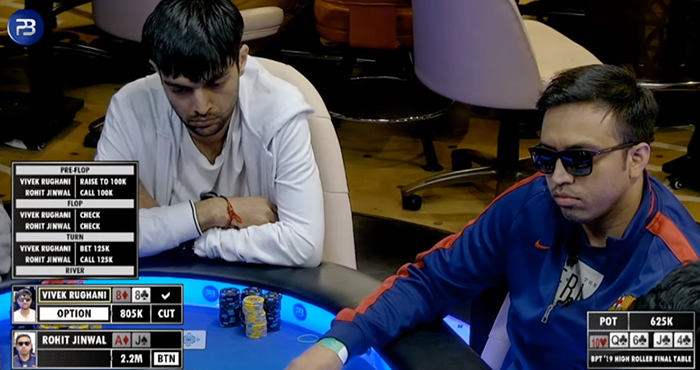 As Vivek Rughani raised holding a pair of eights, Jinwal called with Ad – Js. The nail-biting action begun with the flop (10h – Qc – 6c) as it saw Jinwal drawing to a straight, while Rughani was drawing to a flush. Proving true to its name, the turn added another twist in the game with a Jack of clubs which kept both the players on the edge of their seats. A four of clubs on the turn completed Rughani’s flush leaving Jinwal with a straight draw. Jinwal folded and Rughani won this hand with a flush. 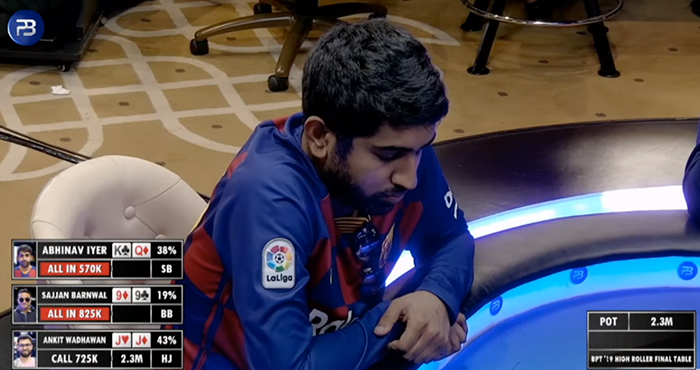 This interesting hand saw all the action and nail-biting incidents pre-flop. Siddharth Karia decided to call with 8c – 6h. Wadhawan befittingly raised with a pair of jacks. The aggression went full swing from here with Abhinav Iyer going all-in with Kc – Qd. Sajjan Barnwal answered with the same from the other side, holding a pair of nines.

Wadhawan simply called to see the board roll out 2s – 3d – 2h – Js – 10d announcing him the winner of this hand, sending biggies, Abhinav Iyer and Sajjan Barnwal to the rails! 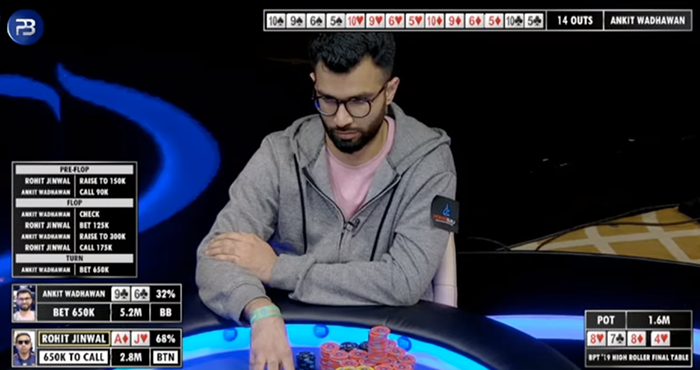 While Jinwal open-raised with Ad – Jh, Wadhawan decided to call with 9c – 6c. The flop opened 8h- 7c – 8d which helped Wadhawan in drawing to a straight.

Jinwal’s bet worth 125,000 chips was replied with a raise from Wadhwan’s side. A four of hearts on the turn and Wadhawan’s suave play made Jinwal fold.

Now that’s something worth watching and learning from. Stay tuned for more exciting bits from the BPT 2019.

More in this category: « Make your way to PokerBaazi LIVE in Goa for a luxurious gaming session How Poker Satellites can be your ticket to winning big »
back to top

Stealing the Spotlight for the Week, …

Hit the Nuts This April With PokerBaa…