Poker is a skill based game in the long run. And in any game, a good hand of cards never disappoints. Of course, good players can turn a bad hand into a good one through their skills, and the ones who do not understand the game well, may as well lose a round with a good hand of cards. Therefore, to improve one’s game and to play in a proper way, first, a player must know the poker hand rankings and poker sequences and how they fare up against other possible poker hands. The poker hand rankings vary in a standard poker game with 52 cards and in a poker game with wildcards. 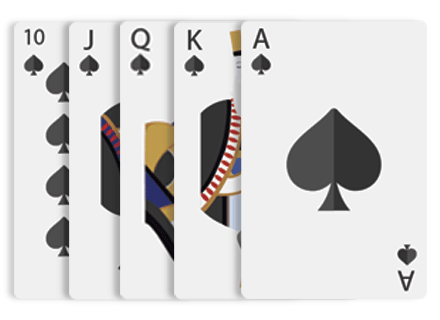 The highest among the best poker hands in the poker hand rankings chart, Royal Flush is a unique poker sequence combination of an Ace, King, Queen, Jack and Ten each of the same suit. The probability of getting it is 0.000154% (odds as 649739:1). The Royal Flush is an invincible Hand, yet the rarest, because any player who possesses cannot be beaten under any circumstances. 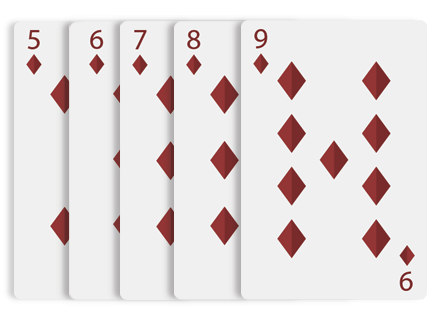 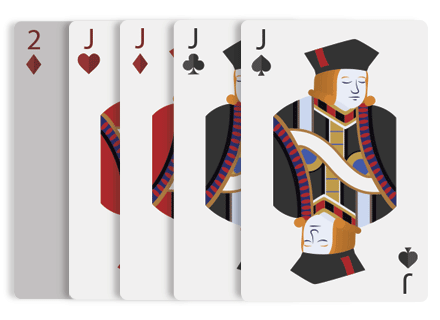 Four of a Kind

The third in the list of priority of poker winning hands, it involves exactly four cards of the same rank plus one random card. It is the highest-ranking Four of a Kind that is used to decide a winner. has a probability of 0.0240% (odds as 4164:1) of occurrence. 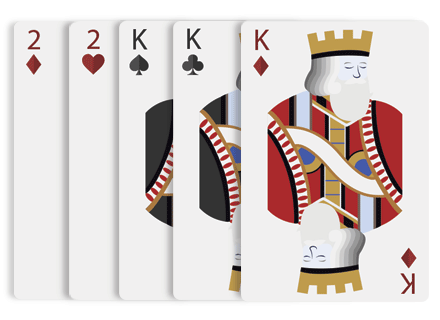 It is a much simpler card configuration and definitely ranks higher among poker winning hands. Here, the cards are arranged in a 3+2 formation. It consists of three similar cards of one rank and another two similar cards of a different rank. A game changer, Full House poker hands is used to decide the winner because the player with the highest ranking three cards is the winner. The probability of getting it is 0.1441% (odds as 693:1) 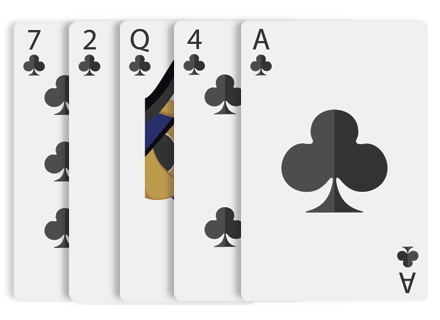 A Flush poker consists of five cards of the same suit without any poker sequence. If several players get a Flush, then the winner is decided on the basis of card rankings. The probability of getting a Flush poker is 0.1965% (odds as 508:1) among all poker winning hands. 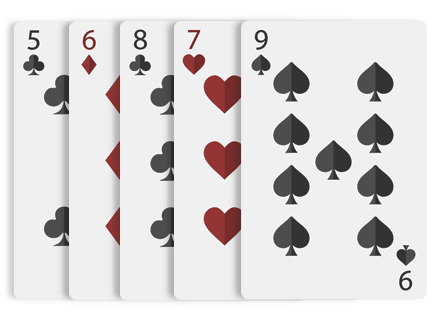 It consists of five cards of different suits that are arranged in perfect numerical poker sequence. The highest-ranking card is used as the tie-breaker if such a case is found. A special case in it is that the Ace can act both as the High or Low card depending on the cards it is placed with. The probability of getting a Straight poker sequence is 0.3925% (odds as 254:1). 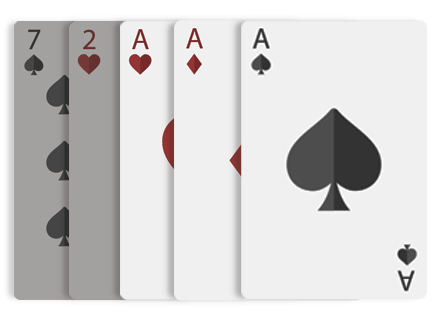 Three of a Kind

A relatively simple configuration that involves three cards of the same ranking and two random (unrelated) cards. This arrangement is used to decide in case of a tie-breaker . The probability of getting it is 2.1128% (odds as 46.3:1) 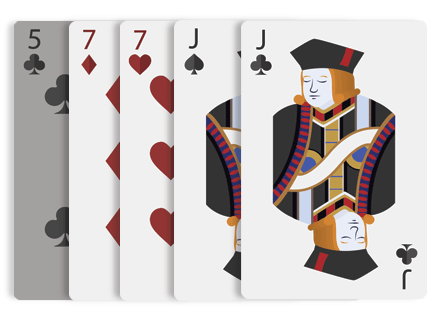 Two Pair Poker consists of two cards of the same rank, another two cards of some other rank that match each other but not the first pair, besides one card not of either rank. 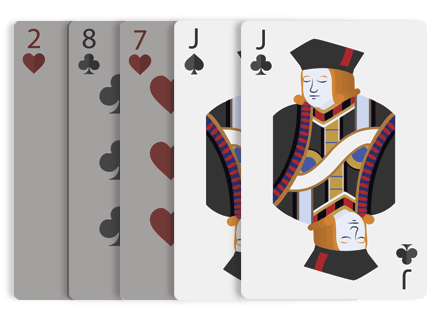 It has two matched cards of the same rank, and three random and unrelated side cards. This is quite a common scenario to find it in every few games in Texas Holdem poker hand rankings or those of Omaha as well. 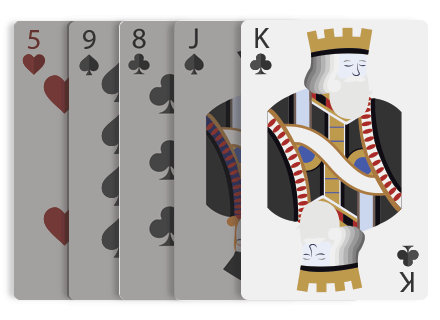 It can be simply any card that does not fall into any of the categories mentioned above. It is best used to break the deadlock and determine the winner in case of a tie, provided none of the afore mentioned poker hand rankings are available. If the first cards are identical, the second card is taken into account. If they are also identical, then the next one and so on until the first superior card is found.

Q.What is the rarest hand in poker?

The best and most profitable real money games of poker in India are Texas Hol’em and Omaha poker. These variations are easily available on the best poker apps such as PokerBaazi.
PokerBaazi also has some new variations of poker such as 5 Card Omaha and Chinese poker. You can play cash games, tournaments across stakes and explore new exciting formats of these games. You can find tournaments of the variants and choose them as per your poker bankroll with minimum risk and win decent money.